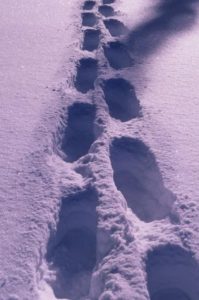 I am witnessing the devolution of democracy.  People that I have known and liked burying their heads in Breitbart type news.  A woman I had met at a seminar and with whom I had shared intimate stories shares on Facebook her undying belief that Huma Abedin is a terrorist and Hillary Clinton actually had a child sex ring in a pizza shop.

What has happened to America?

At almost 70 years old, a time when I wanted to pull back from the world and travel into the inner corridors of my spirit, visiting places that will embrace me as I get closer to death, I am pulled deeper into the political maelstrom by incredible journalists asking me to help them.  I am torn by my own self-interest and the absolute need to fight the encroaching dictatorial yearnings of Steve Bannon who runs Trump. Calling the press the enemy of the people is Steve Bannon speak.  When we lose the freedom of the press we become Germany in the 30’s and 40’s, Russia today, North Korea and any of a dozen more countries that are controlled by dictators who repress the press.

A young journalist with 3 Pulitzer Prize nominations for reporting on Isis and the Middle East conflict, who risks her life to report truth and fact as she embeds with Iraqi forces to do so has asked me if I can help her.  I am torn.  My two remaining clients are becoming powerful media voices for truth and fact against the tidal wave of increasingly treasonous behavior of a Republican Congress that is hell-bent on passing an agenda that enriches the already rich while decimating the rights of the majority.  The list of departments that were created to protect the American public are slowly and systematically shutting down.  Education, HUD, Labor, Heath and Human Services are run by incompetent rich donors or businessmen with an agenda.  The country devolves and I want silence.

The people who voted for Trump rejoice.  They are called in the media business low-information voters.  They are the ones who listen to Fox or read Breitbart.  They are the ones that Hitler described in this way:  how fortunate for the leaders that the people do not think! They consume right wing talk radio like alcoholics.  Rush Limbaugh, a more tempered but equally destructive Hugh Hewitt, and the very insane Alex Jones tell these people that their anger is justified.  The people happily give away their freedom for the false promise that their world will return.  Donald Trump will make it all appear again and they will have jobs.  They will mine coal in coal mines that have been newly deregulated so illnesses or injuries on the job will no longer be covered.  You’re hurt or ill – too bad, you’re fired.  They will die slowly perhaps without medical coverage because that was taken away as well – too expensive – we need the money to enrich the oil industry and to build more weapons.  They will wonder what happened to the promises from a man who is a pathological liar controlled by a smarter man with destructive nationalistic, hate-filled agenda who smirk at their fate and call them stupid in private.

Bruno Bettelheim, the child psychiatrist and holocaust survivor, concluded that 95% of the people will not do the right thing.  The Lucifer Effect – the Stanford study done in the 80’s by Phillip Zimbardo, proved that good people will under certain stresses revert to evil behavior to get along.  This behavior is what gave rise to Hitler in Germany, it is what keeps Putin in power and all dictators, fascists and autocrats in power.  95% of the people will go along to seemingly get along at the complete loss of their humanity.  When caught, they deny or say as many Nazi’s did that they were just following orders.

I haven’t even touched on the apparent collusion of the Trump campaign with the Russian Government to undermine our electoral process.  The mounting evidence is breathtaking but more alarming is the subliminal effect of the continued interference by Putin in our most sacred democratic governing bodies. Can we prove it?  The dissolution of the State Department is frightening. Was Rex Tillerson placed there by Putin? Rex Tillerson received the highest commendation of Russian society – The Medal of Friendship – placed around his treasonous businessman neck by Putin himself.  Their shared interest is drilling the Arctic for oil for the sole purpose of enriching themselves.  They are above the laws and governing bodies. To deny their strong association is to deny reality.  Tillerson refuses to answer reporter questions, he hasn’t spoken publicly in 4 weeks – what does that mean?

This is where we are in 2017 either on the brink of democratic destruction or the brink of evolving into a stronger democracy?

I am pulled into the world drama, the national drama.  I am pulled into wanting to help the journalists whose dogged reporting needs bigger and more powerful platforms.  I am also in deep need of quiet.  I have never felt such a pull.  I wondered if a month or two in an abbey or monastery or retreat would cure the ache.  I decided service to people who are less fortunate than I would be the better way.  I am going to volunteer for CASA in Medford.  I am good at advocating.  It’s been a career for 40 years in one form or another.  I will be able to advocate for the most vulnerable – children.  I am sure it will be difficult.  These are kids from abusive homes and/or drug addicted parents.  Kids without families.  These are kids who are beginning their lives in dire circumstances.  Who will they be as adults?  Perhaps one person advocating on their behalf, not their parents, or foster parents or bureaucrats, but an objective court appointed person advocating for what they need, will change his or her life.

Where does the silence fit?  I meditate – it helps, but it doesn’t sustain the consistent peace I long for.  I met Donna Eden and her husband David Feinstein at Jean Houston’s twice. Donna’s seminal work in energy medicine has and is becoming mainstream within the staidest of medical communities. It caught my attention a few years ago, but it didn’t take hold until I met her.  She is the happiest most contented person I think I have ever met.  Her energy is calming and hopeful.  When I talked with her husband, David, recently about blocked energy in the form of arthritis in my body, he showed me a technique to help release the inflammation and suggested that if I had the time and opportunity to work with one of their teachers I could learn the methods. I took him up on it.  I found one of their certified teachers in Bend, Oregon.  I start in April.

Einstein said energy is all there is – our bodies and all solid matter is really congealed energy.  We know the body and organs are healthy or sick depending on the flow of energy.  My self-learning in quantum theory has taught me that consciousness is an energy trigger that creates energy flows naturally through our bodies or congeals it into illness.  In the past five years, I developed arthritis in my fingers (too much typing) and my left knee (a whole lot of life).  It had become extremely painful.  I had rampant inflammation throughout my body manifesting in shit teeth and gums requiring implants and root canals, pulled teeth and lots of money.  I have been diligently taking natural anti-inflammatories and working with moving energy through my body.  I have been working in the silence of the what is called the unified field, tapping into that silence to find peace and healing.  My hands are no longer as swollen, my joints rarely hurt, my knee tweaks every now and then but I can hike uphill without pain and walk my beloved 4-5 miles a day (in silence).

I was hoping this year would be spent in a quieter mode, more time to work with energy medicine techniques, more time to meditate, to be of service, to explore how quantum theory is the perfect metaphor for evolving our lives beyond the lowest common denominator that is our government and our culture, to revel in just being.

Instead the universe has other plans for me.  I always pay attention when it calls –  but I am negotiating.  We need to find a compromise I explain to the vastness.  I desperately need silence and quiet I say because within the sweetness of silence I can probably do what you are requiring of me.