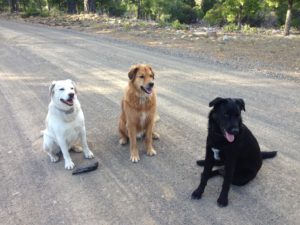 There is a system in science called entropy – basically it’s the necessary dissolution of a system that creates decay from which a new system can evolve or die. You see it in the new life springing from the bark and moss of a dead tree.
I was stunned 8 years ago after Obama’s election at the rise of overt racism and sexism.
I am always stunned by women’s misogynistic tendencies toward other women. I experienced it 30 plus years ago and it holds true today. But the hope lies within the darkness. For the first time in my memory, Americans are expressing their shadow sides. Carl Jung – the great psychiatrist – told us over 60 years ago that until we individually acknowledge our shadows we cannot step into our wholeness. This applies to society as well. How can America heal centuries of misogyny, racism, sexism and stupidity without allowing it to have a voice. And now in the form of Donald Trump – that energy has been released into the world. We can collapse and give up or we can find empathy with those whose shadows sides have emerged.
I have been working with the great philosopher and teacher – Jean Houston – for a couple of years and for several months one-on-one. I have seen for 8 years the impending dissolution of a system. I have struggled with finding peace with the overt racism and hatred. I have searched for meaning in what we all thought were good times because I sensed a huge paradigm shift was underway. I have been depresssed for a while and went to Paris to immerse myself in beauty and history hoping for hope – and I found it.
I believe with all my heart and soul in the new science of quantum physics and with Jean’s help and lots of reading and studying I have learned the language of how we become the new life springing from the decay of the old. The old Newtonian science says that we are machines on a predetermined path. The new science says that universe is alive, wise and compassionate.
Here are two examples of hope:
“To change the beliefs of an entire community, only ten percent of the population needs to become convinced of a new or different opinion. At that tipping point, the idea can spread through social networks and alter behaviors on a large scale.” This was the result of a study done at Rensselaer Polytech Institute. They discovered that such a breakthrough is accomplished by an inter-connectedness within the group – an interactive collective awareness.
When musicians play duets their brains synchronize. Equally, when people coordinate actions with one another, small networks within the brain and, remarkably, between the brains are formed. This was discovered at the Max Planck Institute. Max Planck was one of the founders of quantum physics.
HWOS is a community of the ten percent! You are the tipping point. But tipping points and change cannot happen without something else dissolving or breaking down.

Tim and I have been talking about a new class based upon the new metaphor for a better more inclusive world. We are structuring how to tell a new creation story. Joseph Campbell the great mythologist said when a society loses its story, its creation story, it falls apart. So we have fallen apart – and now it’s time for the new story. Based on the language and factual evidence of quantum physics, we are creating a framework in which people – kids and adults – can write the new story in concert with a compassionate alive universe.

This is not a time for sorrow. It is a time for regeneration, for creativity, for new solutions. We will be putting it on the schedule this summer – Redesign the world, Reinvent yourself – thank Donald Trump for igniting the fire within those who understand how important it is to step into the next evolution of their consciousness in order to become the collective tipping point.

Politics, Reimagining - What If

I Flunked My CASA Interview