There is a way out and through it all 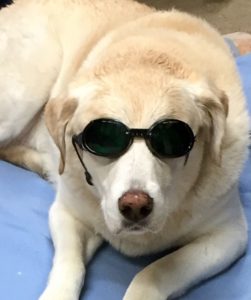 I came back from New York more depressed than before I went.  Sometimes I think ignorance is bliss until I see Trump’s choices for Cabinent positions and I realize that “white rage,” “white entitlement” and “white supremacists” will run the country, and I know ignorance on any level is a psychic cancer.  This writing isn’t about Trump.  It’s about all of us who voted against Trump and those who didn’t vote who are trying to understand what went wrong and what we collectively do now.

I imagine that Obama and Hillary will be spending months if not years reflecting on what they could have done differently.  He as president and she on the campaign and prior to the campaign. Reasonable people also must figure out what went wrong not just collectively and societally but within themselves.  Republicans do not have the ability, the sense of responsibility to a larger collective beyond their cult of stupidity and lack of moral fiber so it is up to reasonable people, democrats, independents and sensible republicans to reflect on where and why and how to reduce white racist rage.

Electing Obama was the impetus that racist humans needed to open the Pandora’s box of hatred, misogyny, sexism, xenophia, bigotry.  The Republican’s in congress in 2008 made it perfectly clear that they were the leaders and spewers of that venom.  Donald Trump gave white supremacists, and white entitlement legitimacy.  His genius, and I hate using that term regarding Trump, was dovetailing his racist rhetoric with a jobs message.  His cabinent choices take us back 100 years.  Humans and the earth will not survive the destruction he will wreak in four years for more than 100 years.

Obama must also contend with why blacks who voted by the score for him didn’t vote this time around.  Was it too many scenes of blacks gunned down in their neighborhoods by white cops who were never punished.  Do they wonder why a black president didn’t stop it?  Do they feel ever more strongly that the political game is rigged against them even with a black president?  And what of the Hispanic kids who came out by the thousands in the name of DACA – trusting that President Obama would never deport them, making themselves known – now left with the fear of their lives being upended by a racist clown.

What I am witnessing and hearing now is the pain the Hillary voters feel not simply at the loss of the election but at the loss of knowing who their family members are and who their friends are who voted for Trump.  Because the bottom line is if you voted from him you are a racist.  You condone violence against women and minorities.   You can’t hide it or say “well, I hated Hillary” or “he seemed like the lesser of two evils” or whatever pat answer might come from your mouth to make yourself feel better about your racism and your hatred for “the other.”  More importantly, you have put someone you love in the position of doubting your character, your integrity, and your morality.  You may have caused irreparable damage by outing your racism and hatred and the loss of that person in your life may hurt or you may move on blaming him or her as stupid and go on with your white entitlement life or your white rage life.

Even with their win, Trumpians are wreaking havoc, punching women in the face, writing graffiti on walls that say “make America white again,” burning black churches and muslim mosques.  Complaining that Democrats are whiners, our friends and family members are the poor winners while we become great losers questioning our values, trying to find our moral compass through the detritus of their winning hate.

I never believed that America would elect an autocrat and demagogue.  But it is now up to us who didn’t vote for him, and more important than ever, to repair the damage of the Bush years and reflect upon the failures of the Obama years.  Tim keeps saying it’s now up to the younger generation to fight as we did in the 60’s but I don’t see much coming from the younger generation except confusion.

There is a way out and through it all however.  There is a nuclear force for change and good by redesigning our world that is within each person who reflects upon the larger questions in life.  For people who live lives of character, integrity, inclusion, love, honesty and responsibility, you are the greening seeds growing from the decay of an entropic system.

This is all I will say about Trump and politics, nothing more can be said – I am working on and thinking about solutions for helping us evolve our consciousness in redesigning this world and reinventing ourselves.  As John Oliver said fuck 2016 and maybe 2017 – but I think 2017 is the beginning of an incredible renaissance of how concerned people will communally be the agents for change – not governments or bureaucrats or outdated systems but people, you and me!